At the National AGM today, in Belfast, our website has been named as the website of the year, for the second year. We last won in 2016, when the David Hewitt award was received on our behalf by Past President, Gordon Macnab.

And on 14th April our member, and also Past President, Ian Mackenzie received the award on our behalf from Godwin Stewart, National Communications Officer. This is particularly significant, as Gordon gave us great encouragement when we formed Calpe and District 41 Club in 2005, and Ian was the President who presented the club’s charter in 2006. 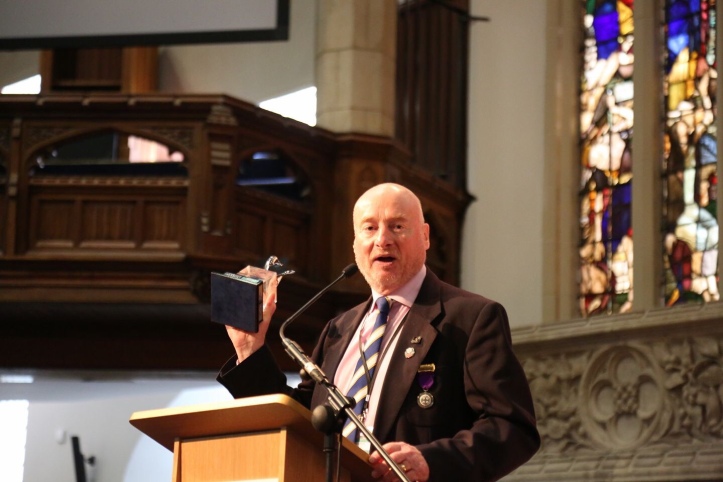 We will celebrate the 12th anniversary of being chartered on June 14th, at the amazing Restaurante Puerto Blanco, in the company of new President, Phill Ellis, and our own Jill Harris, the new National President of Tangent. We move in exalted company.